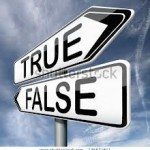 The unconscious mind is what rules us. All our behaviours and blueprints reside in the unconscious mind. Our beliefs about ourselves also reside in the unconscious mind. Recently at Transformations Coaching and Hypnotherapy I have been coaching and using hypnosis on several clients where one of the major issues was the belief that they had about themselves. It became very apparent that unless we removed these beliefs they would not move forward. This got me to thinking about where we get the beliefs about ourselves from. If you think about it we get most of our beliefs from other people and experiences that we have. Are these beliefs true? I have found that in most cases these beliefs are not true, in particular the beliefs that put us down. The reason that these beliefs have such a strong hold is that we just do not look to see where in us the belief is not true. Take for example, and this is from a client, that you are ugly. The client believed that she was ugly because she was looking at her looks and comparing them to others. However she had a beautiful voice and when she sang it was beautiful. She was beautiful but in another form. Once she could see this there was almost a domino effect in breaking her other beliefs. When you really look at the underlying beliefs that you have in yourself you will find that in most cases they are not true and if you really look hard at yourself you will see the opposite to what you have believed. For more information go to www.transformyou.com.au